In the latest issue #8 of Vagabond (Swedish travel magazine) there is an article about our journey from Sweden to Cambodia. Click here to read the article on Vagabond.se (Swedish only).

Signed copies of our book “Kapstaden till Nordkap på 333 dagar” can be bought directly on our web site www.kaptillkap.se.

We aim to publish a book about our journey from Sweden to Cambodia, but it will take a few more months.

We continue to update our family blog www.ringdahlfamily.blogspot.com.

If you are interested specifically in our journey from Sweden to Cambodia, please use the blog archive and browse through the posts from April 2008 to July 2009.

Temba is also writing a blog (in Swedish). Read about his impressions on www.tembaringdahl.blogspot.com.

Atlas turned 3 years and was delighted by the Spiderman cake. 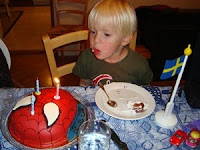 September has been a lot about football. Temba is practicing twice a week, and now Disa has also started playing. 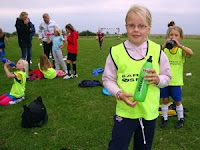 Ola took Nina to her first live football game ever, Malmö against Helsingborg. It was a great show, with every seat sold out, and MFF won 2-0.

Posted by Ringdahl family at 9:31 PM No comments:

We returned to Sweden and visited Vadstena and Gränna.

A camp site by Lake Vättern offered pony riding and the kids loved it. And what a sunset! 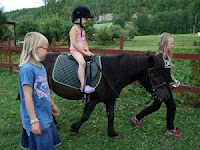 After a few days in Småland we continued to Skåne and Österlen. The Svanström family arranged a barbecue in their lovely garden by the sea. This was followed by some sightseeing in Kivik and lovely days on the beach Sandhammaren. 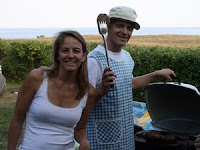 And then it was time for the annual summer meeting of the Swedish Land Rover Club, this year at the island Ivön in northeast Skåne. We went together with the Tegenrot family and had a great time. Ola gave a photo show and presentation to around 100 people who were interested to hear more about our long trips with kids.

Posted by Ringdahl family at 9:25 PM No comments:

We drove into Norway, took a ferry across the Oslo fjord and continued south to Verdens Ende (the end of the world). There we visited Nina’s university friend Wenche and her family. 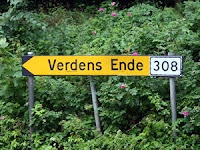 Then it was time to explore the central parts of Norway, this mountainous and beautiful country. We stopped at Norway’s largest stave church in Heddal.

We met up with our friends the Hägglund Family (www.livetigulafaran.blogspot.com) in a mountain valley close to Rjukan where they had found a nice bush camp next to a small river. Christine had made a cake for Disa to celebrate her recent birthday. Bush cake! 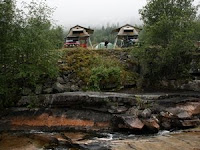 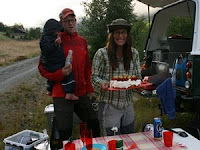 Norway is definitely a bit colder than Sweden, but the natural waterslides in the river were too tempting to resist the thrill. 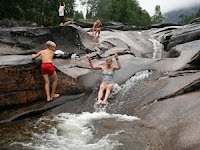 We went to the 35 year anniversary of the Norwegian Land Rover Club. More than 100 vehicles from several countries had gathered in Flesberg.

We enjoyed meeting other Land Rover enthusiasts and travellers. Many people were interested in learning more about our travels. 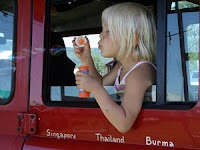 At a Land Rover meeting there is of course a lot of off-road driving. Ola got stuck on a rocky path and had to be towed out. 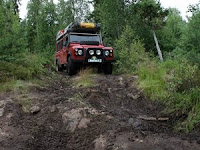 Pär Hägglund got seriously stuck in a mud hole and had to be towed out.

Nina and Christine seemed to have fewer problems. Nina even qualified for the Trial finals! 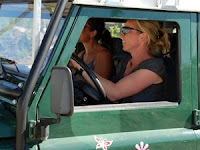 Even the kids were allowed to drive, and they did not get stuck either… 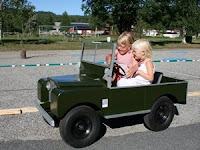 Our journey continued up to Bessheim before we had to return to Sweden. We had some wonderful days in the mountains, with beautiful scenery, bush camping on lakeshores or at riversides, and we met very friendly people everywhere.

Posted by Ringdahl family at 9:14 PM No comments:

Our friend Martin Tornberg is turning 40 and a surprise party was arranged for him in Blekinge. The Rock-karaoke with live-band and dancing was great fun!

We prepared our Land Rover ‘Alhambra’ for a five week tour through Sweden and Norway. The first stop was northwestern Skåne where we spent a couple of days with the Maurin family. Hovs Hallar, with its dramatic rock formations, was a highlight.

We continued on small roads along the west coast and enjoyed lazy days on the beautiful beaches.

Disa and Temba became addicted to minigolf and insisted on us finding camp sites where they could play.

In Grimeton, outside Varberg, we visited the highly interesting long wave radio station from 1925. It is a World Heritage since 2005 and tourists come from all over the world to visit this unique site. Disa turned 7 years and we celebrated with cake in Varberg. 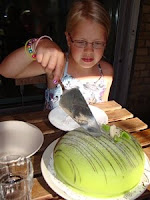 In Bohuslän the coastline changes appearance. Granite rocks form a beautiful archipelago and we visited some of the traditional fishing villages, e.g. Lysekil, Smögen and Fjällbacka. 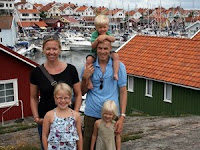 Another World Heritage is the Tanum Rock Carvings from the Bronze Age. Vivid illustrations, some more than 3000 years old, tell stories about life in those days.

Posted by Ringdahl family at 9:02 PM No comments:

Ola was on a business trip to South Africa the week before the World Cup. The vuvuzelas were on sale everywhere. And Ola even got the chance to play a practice match on a street of Jo’burg. Check out the Bafana Bafana shirt! 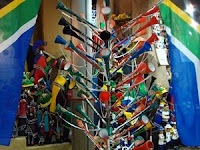 June was full of parties and sunny days. We celebrated Swedish Midsummer with our friends in Nyhamnsläge. We did the traditional frog dance around the midsummer pole. Then it was herring, aquavit, herring tart, more aquavit – and later dancing on the pier.

Posted by Ringdahl family at 8:59 PM No comments: